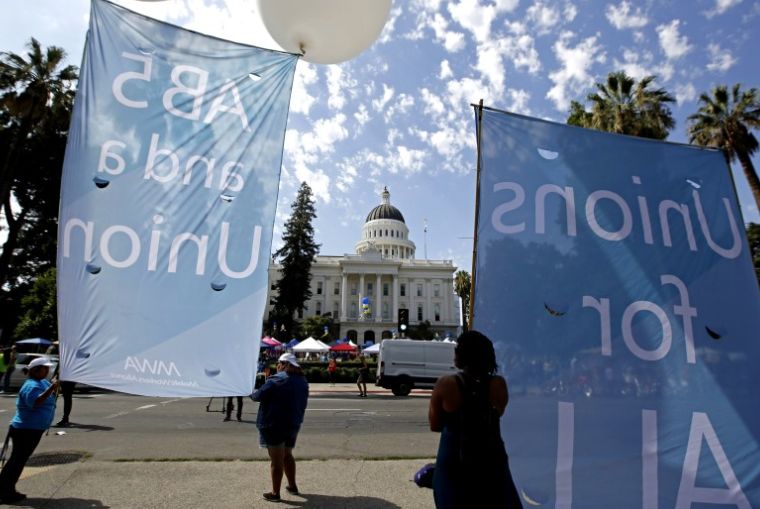 California’s new labor law, Assembly Bill 5, means major changes to the state’s growing gig economy. But the new law won’t just be affecting delivery drivers. Assembly Bill 5 challenges the very distinctions between employees and independent contractors, i.e. cam models. As of right now, cam models are classified as independent contractors. We act as separate business entities from the platforms we offer our services on, connect directly with clients, set our own schedules, and enjoy all the freedoms professional independence has to offer.

Unfortunately, our current status also means we don’t enjoy the protections and benefits of employment, like a guaranteed wage, tax withholding, or company-provided medical insurance.

Because of these provisions, there are a ton of company costs associated with hiring labor, which is why many choose to classify their workers as independent contractors instead and relieve themselves of this financial burden. But as you can imagine, cutting costs at the expense of the worker can be downright exploitative, which is exactly what happened in the case of Dynamex Operations West, Inc. v. Superior Court of Los Angeles.

Prior to 2004, Dynamex, a nationwide same-day delivery service, classified all of its delivery drivers as employees. After they made the switch to cut costs, however, they soon entered a lawsuit the following year after it was determined that the company was engaging in several unlawful and unfair business practices that included violating existing labor laws. Therefore, in order to help restrict the use of independent contractors, the Court proposed a stricter new “test” in order to classify them: the “ABC” test.

Under AB5, an independent contractor must now meet the following qualifications:

(B) The person performs work that is outside the usual course of the hiring entity’s business.

(C) The person is customarily engaged in an independently established trade, occupation, or business of the same nature as that involved in the work performed.”

As cam models, we do not receive instructions for how to perform, and therefore we pass the A test. We also pass the C test, since contracts with cam sites emphasize our status as independent entities rather than underlings. The issue lies with prong B of the ABC test since cam sites rely on us, the performers, to be core service providers and therefore essential to normal business operations.

Despite only being signed into law in September of this year, AB5 will be implemented just weeks away, and cam companies are scrambling for solutions. The transition from independent contractor to employee doesn’t just mean we’re protected. It means we also give up control. Most cam models, like many other freelancers, want to remain independent contractors to enjoy the freedom to make as much as we want whenever we want and however we want. We’ll definitely be seeing lots of pushback against AB5, especially from the rideshare companies that helped inspire the bill–Uber and Lyft, but as of right now, the cam industry is largely divided on how to proceed.

Streamate recently announced that they will be contacting affected models with further instructions, but many other large platforms have been shockingly silent.

On the bright side, individual performers won’t be legally punished if they continue to conduct business as usual after January 1. Instead, the onus of proper classification lies squarely on the hiring company’s shoulders.

While I wish I had better advice for models who might be impacted (aside from downright relocation), all we can really do at this moment is wait for sites to either fight for an exemption from AB5 or provide easy transitions for Californian cammers.

With that said, the staff at Adult Webcam News is out for the holidays and will return the first week of January. Make sure to enjoy this time with your friends and family. We want to wish you and yours a happy holiday!

…and if you need a lil fun away from the in-laws check out the top cam sites!